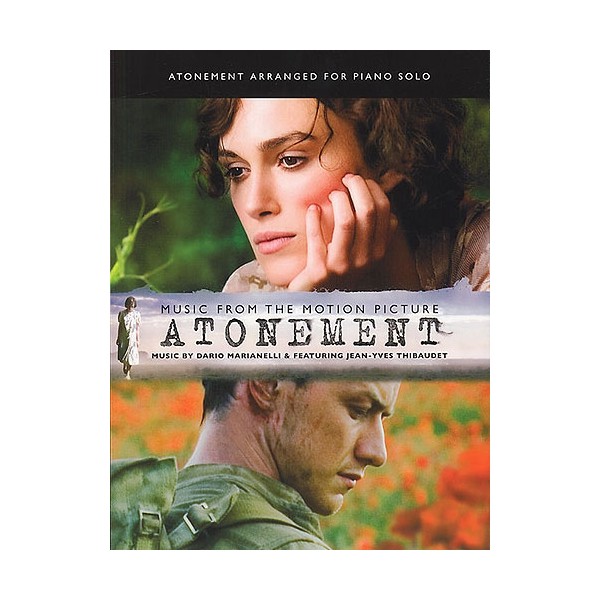 Recently nominated for an incredible 12 Baftas including Best Music by Dario Marianelli who was also nominated for Best Composer by the British Film Critics Assiociation.

Atonement is a 2007 British film directed by Joe Wright. It is adapted from Ian McEwans novel of the same name. It stars James McAvoy and Keira Knightley in the lead roles. This book contains all the songs from the film. All tracks composed by Dario Marianelli, apart from the bonus final song: Clair De Lune by Claude Debussy.