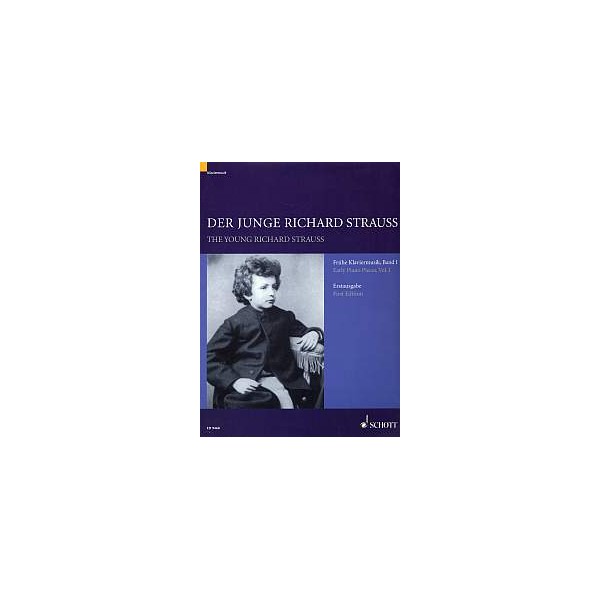 These previously unpublished piano pieces will appear in print for the first time in three volumes. Volume I contains fairly short individual pieces (1872-83) of widely varying difficulty. Volume II will contain four Sonatinas in several movements and a Fantasia (1874), which is about as demanding as the Sonatinas of Kuhlau and Clementi or early pieces by Mozart.
Volume III contains two Sonatas (1877 and 1879) and a cycle of variations (1884) whose technical demands approach those of the Beethoven Sonatas.
The tonal language of the young Richard Strauss was still firmly under the influence of nineteenth-Century traditions, with the figures of Schubert, Mendelssohn and Schumann dominating the musical landscape.
The wealth of different forms and the varying levels of difficulty in Strauss’ early piano music make it well suited for teaching purposes: admirers and connoisseurs of Strauss’ music may also discover a few surprises here.