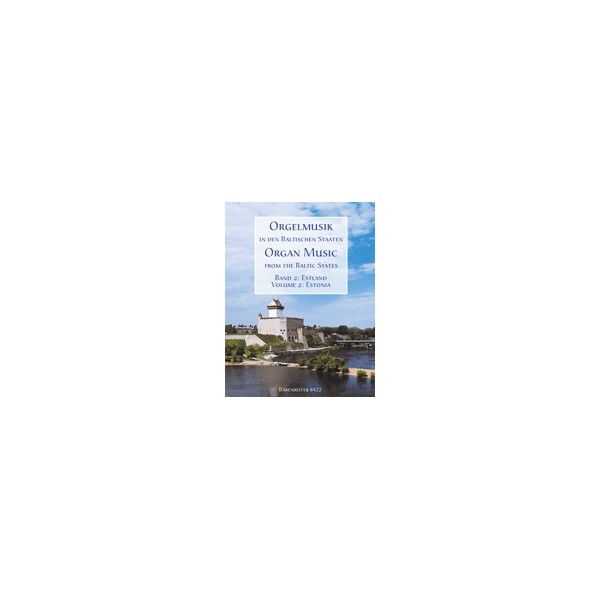 
* Organ Music from the Baltic States

This three-volume scholarly performance edition [BA 8421-BA 8423]
presents a representative
selection of Baltic organ music to the present day. Each volume in
this bilingual edition
(German and English) is in chronological order and contains a
critical report with source references
and editorial notes.
The preface provides a detailed historical outline and remarks on
performance practice
as well as suggestions from the editor regarding registration. The
text section is rounded off
with thumbnail biographies of the composers.

Organ music was established in Estonian churches as early as the
sixteenth century,
when German Protestant hymn tunes entered local church music
traditions – to lasting effect.
Another influence was folk music, a key factor in Estonia’s music
history that left its mark in
various arrangements for organ. Finally, a tradition of organ
composition began in the late
nineteenth century, as evidenced by many works for organ and
instrumental ensemble.
The initial impetus came primarily from the music of Johann
Sebastian Bach, who has remained
a longstanding stylistic influence on Baltic organ music.

- Edited by a world-renowned concert organist and musicologist