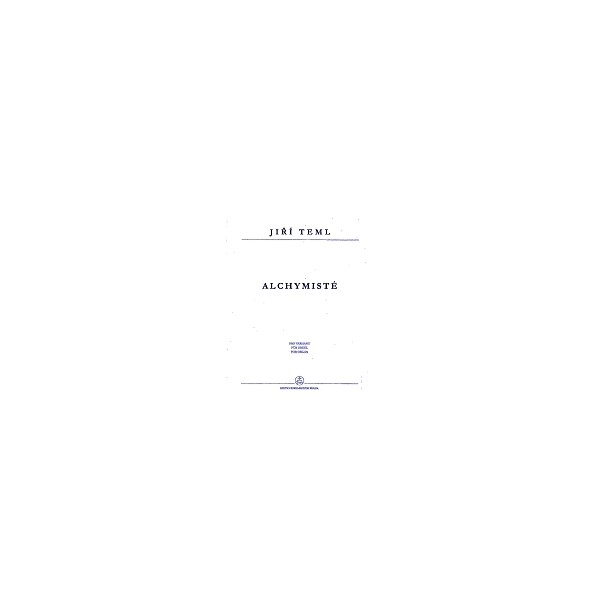 The cycle The Alchemists was written in 1984 and was first performed during the event Week of New Music in 1985. The composer was here inspired by the mysterious world of the Alchemists in Rudolfine Prague, and he also decided to give an opportunity for creativity and discovery to the performer himself. The cycle thus offers the chance to create interesting and unusual colour combinations in all levels of dynamics (the registration entered in this edition is merely recommended by the editor). The six concise parts are characterised by an endeavour to achieve maximum freedom of expression by frequently reducing the work to a mere two or three voices. The first part, written without time signatures, flowing along in lyrical mood, introduces the five-note fundamental theme, played very softly. The third and fifth parts are similar in nature to the first. Tempo and expressional contrasts come in the playful second and fourth parts, and the cycle culminates in the final part which makes full use of the instrument.

other products in the 'Composers T' category: