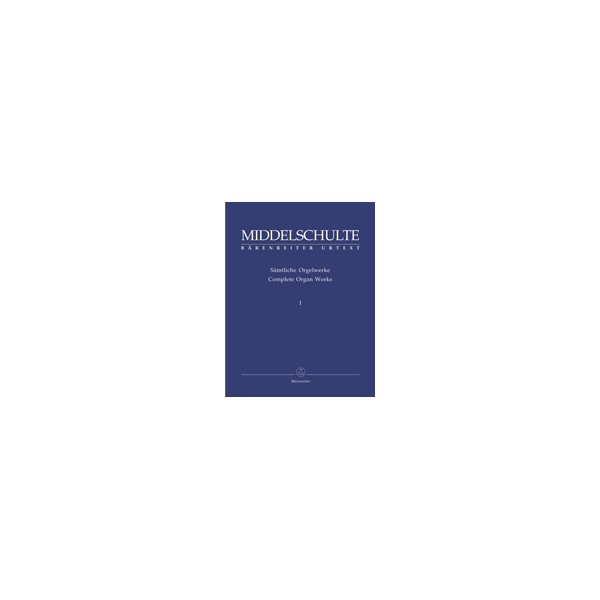 Wilhelm Middelschulte (1863–1943) studied church music in Berlin and
headed the organ
department at the American Conservatory in Chicago and the Wisconsin
Conservatory in
Milwaukee from 1891 onwards. As a virtuoso organist he had a
formative impact on
American organ music: even Ferruccio Busoni called him a “master of
counterpoint” and
the greatest contrapuntist since J. S. Bach.

Middelschulte’s œuvre consists entirely of organ works. He was a
“modern classicist” firmly
rooted in the 19th century tradition, yet strongly attached to
baroque contrapuntal forms,
and especially the works of Johann Sebastian Bach, with which he
sought to rise above the
compositional norm of his time. The result was a combination of
romantic virtuosity with a
vision of music that was anything but antiquarian, despite its
historical models.

The D minor Passacaglia works on the same formal level as Bach’s
famous Passacaglia in
C minor. The Canons and Fugue on “Vater unser im Himmelreich”
demonstrate the formal
rigour that typifies Middelschulte’s music as a whole.

- Every volume has a detailed preface and critical report (German /
English)

- Scheduled to include six volumes

„This music deserves to be better known: now that we have a proper
scholarly
edition, it is to be hoped that it will be.”

“If you’re looking for new repertoire, and late German Romantic
appeals to you, this is your
next project.“