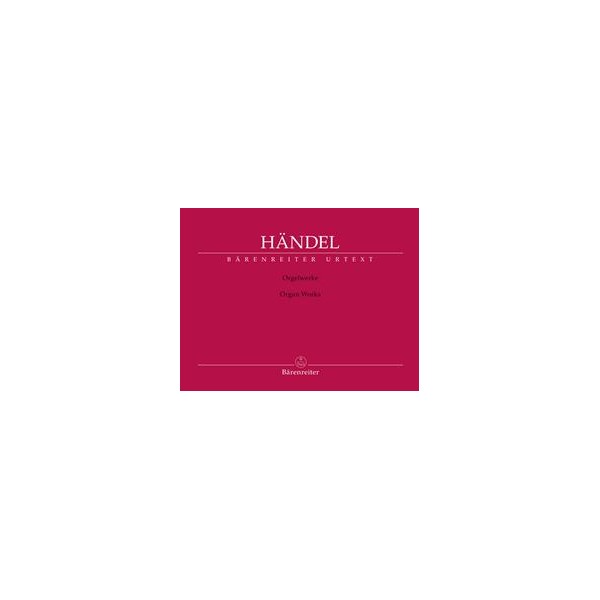 In terms of layout and musical text, this scholarly-critical performing edition of George Frideric Handel's Complete Organ Works is based on the complete edition volumes of the composer's keyboard music edited by Terence Best as part of the Halle Handel Edition (HHA).
The HHA Critical Commentary forms the basis of this edition, which however differs from the HHA volumes in two respects. Firstly, it gathers together, for the first time, all of Handel works for which it can be solidly argued that they were composed for the organ. The centre piece is a set of twelve handwritten fugues deriving directly from his immediate surroundings and published here, for the first time, as a unified cycle. Secondly, our edition presents plausible alternative readings from various sources in the main body of the music. In the HHA these readings, all of which definitely or presumably stem from the composer, are merely listed in the critical commentary.

• A detailed Foreword contains a description of the sources, followed by comments on the individual works. In addition this edition includes contemporary organ dispositions and a Critical Commentary.
• Scholarly-critical edition based on the Urtext of the Halle Handel Edition (HHA)
• First single-volume edition of Handel's organ works
• Includes all variant readings from the sources which have previously only been available in the Critical Commentary of the HHA
• Detailed Foreword (Ger/Eng) with short descriptions of each source and a Critical Commentary (Ger/Eng)
• With contemporary organ dispositions