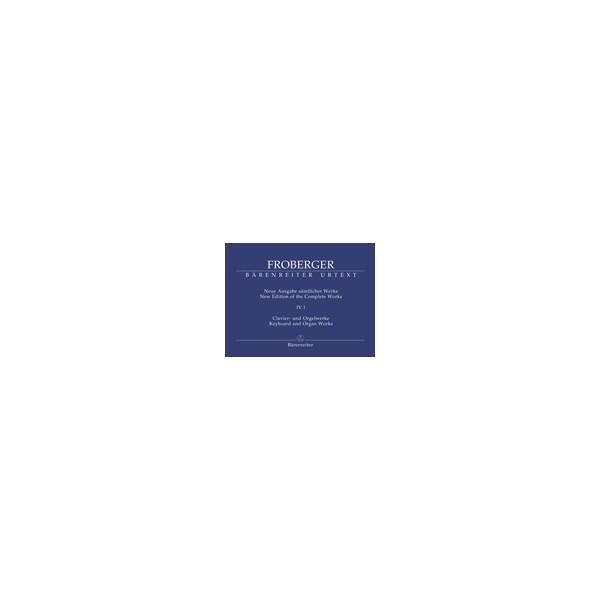 In his day, Johann Jacob Froberger (1617–1667) was a towering figure
who created a style
of composition uniting influences from Italy, France and England.
His music continued to be
published seventy years after his death and was evidently still
being played after 1750.
Today there is a growing awareness that his only peer in
17th-century keyboard music was
Jan Pieterszoon Sweelinck.

The complete edition of Froberger’s music is scheduled to encompass
six bilingual volumes
(German and English). Each volume contains a critical report and a
detailed preface with
sections on the scope and subdivision of the edition, the editorial
method,
performance practice (including a discussion of contemporary
instruments and ornamentation)
and biographical notes. Volume 5 will contain a complete catalogue
of Froberger’s music, the
Froberger-Werkverzeichnis. “FbWV” numbers have been added to the
pieces in each volume.

Now, for the first time, keyboard players have access to every work
attributed to Froberger,
including a large number of pieces discovered by the editor, as well
as alternative versions
and pieces of doubtful authenticity.

„These three volumes will surely become the definitive edition for
this wonderful music:
suffice it to say they are very highly recommended and worth saving
up for …“.