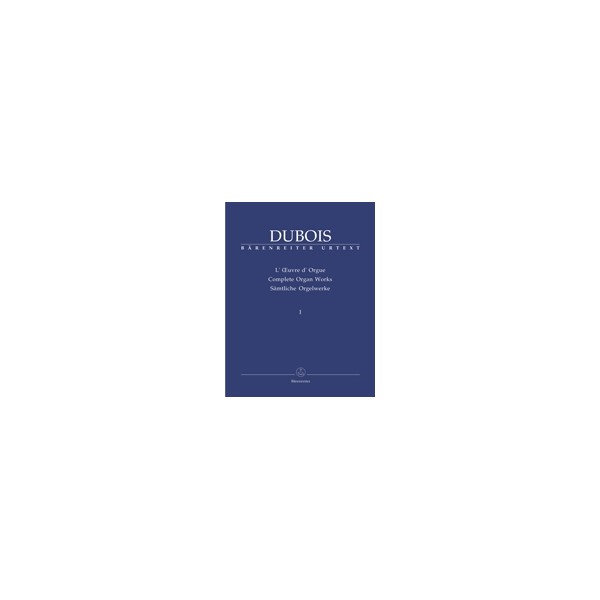 Théodore Dubois (1837–1924) was a conductor, organist, teacher, and
one of the leading
Parisian composers of the 19th century. His contemporaries
frequently compared him
to Delibes, Widor and Lalo. Yet he rarely turned to the musical
language of his age,
writing instead in a vein that reveals influences from Mendelssohn,
Weber, Gounod,
and the dramatic style of Berlioz. Our edition is the first to
present his organ music in
an Urtext performance edition.

The first volume contains compositions for one- to two-manual organ
with little or no obligato
use of the pedals. Written between 1859 and 1877, the pieces are
clear in form and modest
in their technical demands, reflecting the composer’s basic impulse
to write works equally
viable for use in church and the concert hall.

In addition to a detailed preface and facsimiles, the edition
contains a critical report
(German, English and French) and a catalogue of sources.