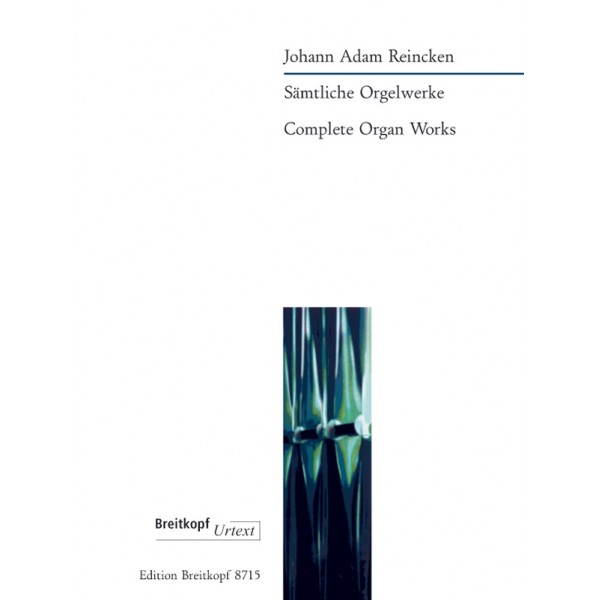 Reincken's organ works all together for the first time!

Though he came from the Netherlands, Johann Adam Reincken spent his adult life working in Hamburg. Along with Dietrich Buxtehude, he was regarded as the leading authority in organ playing and organ building in the last decades of the 17th century. But unlike his friend Buxtehude, next to whom he was buried in Lübeck, Reincken preferred improvisation to written composition, and the harpsichord to the organ. The result: only very few organ works by Reincken have been transmitted.

At the centre of this edition by Pieter Dirksen – an expert in 17th-century music for keyboard instruments, who has recently become noted for his work on the Sweelinck Edition (EB 8741-44) – are Reincken's two lengthy chorale fantasies, as was to be expected. The volume also contains chorale-free pieces: next to the well-known Toccata in G major and the Fugue in G minor, there are three further toccatas for which stylistic and source-critical arguments make a case for Reincken's authorship. The extensive preface details the most recent scholarly findings on Reincken's biography and works, as well as on important questions of interpretation.