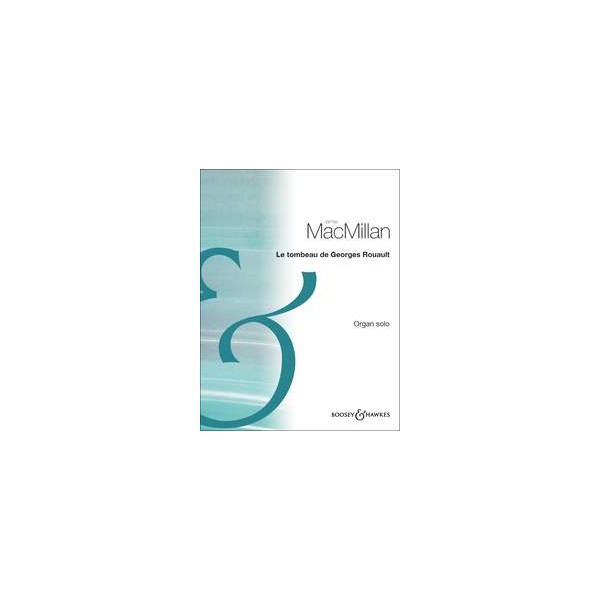 In the tradition of music written in homage to a dead artist, this work was composed for Thomas Trotter in commemoration of the French painter Georges Rouault (1871-1958). A leading figure in the artistic and intellectual revival of French Catholic life in the first half of the twentieth century, Rouaults work was dark, subtle and moving in its observation of the frailty of human life. He painted judges, clowns, prostitutes, the poor and Christ. The archetypes and characters captured in his work were the subliminal inspiration behind much of the material in the music. This dazzling recital piece is cast in a single span comprising several contrasted sections, and it calls upon the full range of technical, expressive and registrational capabilities of both instrument and player. The premiere was given by Thomas Trotter on the Klais instrument in Symphony Hall, Birmingham in March 2004, followed by performances at Londons Royal Albert Hall, Colognes Philharmonie and Leipzigs Gewandhaus.

other products in the 'Organ Sheet Music' category: