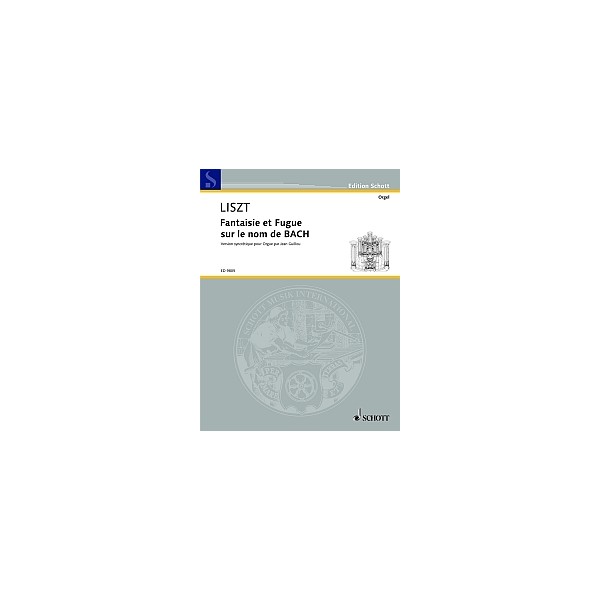 In his Art of Fugue Bach himself introduced a theme based on the four letters of his name: the notes we know as Bb A C B correspond to the German note names B A C H. Since that time, many composers have expressed their admiration for incomparable master by writing their own pieces of music on this theme.
The work based on this theme by Franz Liszt is without any doubt the most important of them all - indeed, it represents a major landmark in the whole of the organ repertoire. It was composed in 1855 and given its first performance in the cathedral of Merseburg by Alexander Winterberger, to whom the work was dedicated. Liszt produced a second version of the work in 1869/70 and in 1870 he also wrote a piano transcription. It was a pity that the organist should not be able to use the ideas with which Liszt subsequently enriched his own adaptation. That is why, without adding anything that was not written by Liszt himself, Guillou has incorporated everything contained in the organ composition and the piano transcription in this syncretic version of the work.

other products in the 'Organ Sheet Music' category: