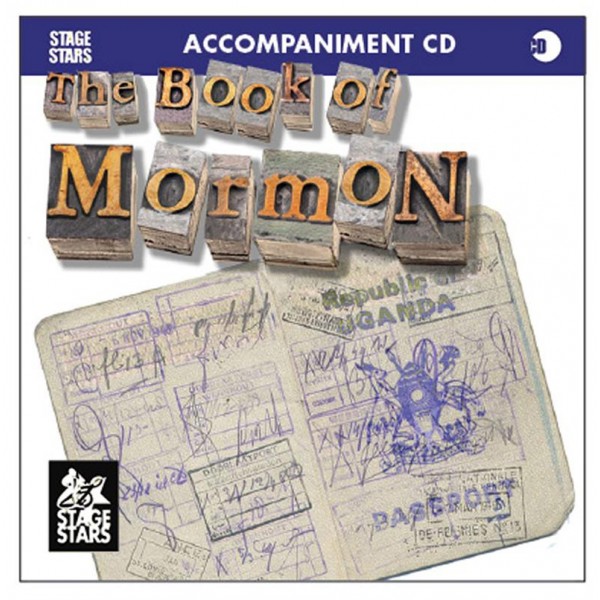 Love the Book of Mormon musical and want to sing-a-long? Now's your chance with this fantastic CD of professionally recorded accompaniments to the songs from the show. Suitable for auditions as well.

The Book of Mormon is a religious satire musical with book, lyrics, and music bySouth Park’s creators, Trey Parker and Matt Stone, as well as Robert Lopez, co-composer/co-lyricist of Avenue Q.

The Book of Mormon tells the story of two young Mormon missionaries sent to a remote village in northern Uganda, where a brutal warlord is threatening the local population. Naïve and optimistic, the two missionaries try to share the Book of Mormon, but have trouble connecting with the locals, who are more worried about war, famine, poverty, and AIDS than about religion.

The show opened on Broadway in March 2011 and received broad critical praise for the plot, score, actors' performances, direction and choreography. It was nominated for 13 Tonys, winning 9 of them, including Best Book, Score and Musical of the Year. An original Broadway cast recording was released in May 2011 and became the highest-charting Broadway cast album in over four decades, reaching No. 3 on the Billboard charts.