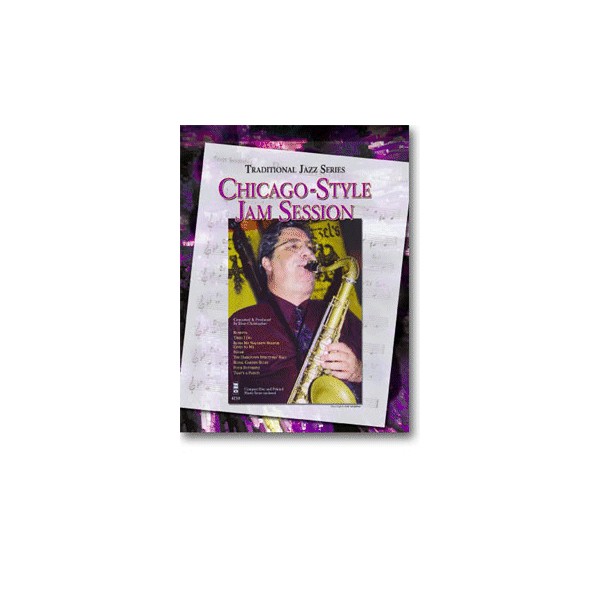 VARIOUS - Tenor Saxophone Music Minus One Book and CD

Sometimes this style is referred to as the New York-Chicago style, sometimes as post-Chicago style. It has also been called “Nicksieland,” a play on “Dixieland” that recognizes a Greenwich Village nightclub called “Nick’s,” where this music was showcased in the 1950s. Chicago-style jazz is named for the city where it first developed. In the 1920s, many New Orleans musicians, including Joe “King” Oliver, Jimmy Noone, Johnny and “Baby” Dodds, Freddie Keppard, “Jelly Roll” Morton, Louis Armstrong, the Original Dixieland Jazz Band, and the New Orleans Rhythm Kings actively performed and recorded in Chicago. There are also many younger musicians around Chicago who were profoundly influenced by their music, including Eddie Condon, Benny Goodman, Gene Krupa, Muggsy Spanier, Bud Freeman and many others. By the 1930s many of these same musicians moved on to New York. Some continued to perform in the New Orleans tradition and others became significant figures of the Swing era. As the Big Band era closed, improvising soloists still found work in New York clubs such as Nick’s, Eddie Condon’s and the Metropole. The texture was distinctly in the New Orleans tradition but the language was Swing and directly reflected the synthesis that took place in Chicago.

You’ll be blown away by the quality of these jazz combos—and this album includes both printed solo part and a concert lead sheet, to give you a rare glimpse into the workings of the great bands of the past—and present! Also includes a slow-tempo version of the accompaniments to help you get up to speed.

other products in the 'Tenor Sax' category: