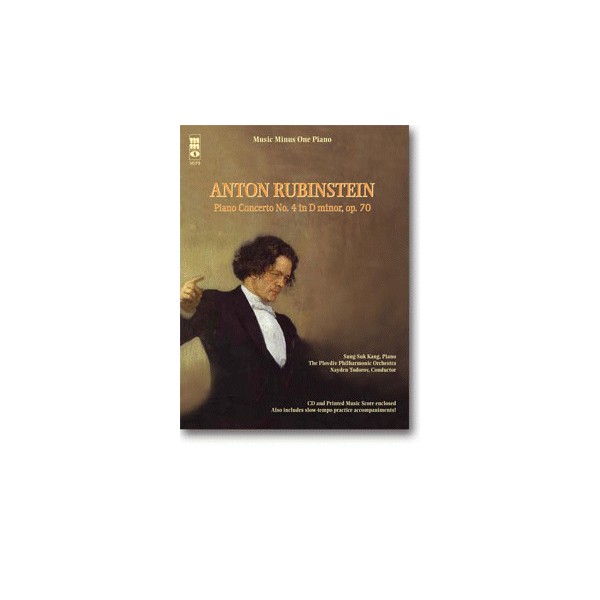 RUBINSTEIN - Piano Music Minus One Book and CD

Anton Rubinstein’s famous thunder and lightning concerto of the 19th century, long neglected in late-20th century concert halls, is now available in a stupendous MMO edition, allowing a new generation of pianists to discover its thrilling octave passages, long, lyrical melodic lines, and beautiful orchestration. It became synonymous with the idea of the heroic concerto in the late 19th and early 20th centuries. This one is a guaranteed crowd-pleaser, and a favorite of every aspiring virtuoso who discovers its power.

Contains an authoritative, newly engraved 112-page music score printed on high-quality ivory paper, with informative historical liner notes: a digital stereo compact disc featuring a complete performance of the concerto with orchestra and soloist, and a second performance minus you, the soloist: and a second compact disc containing a full-speed version of the complete version as well as a special -20% slow-tempo version of the accompaniment for practice purposes. The concerto is voluminously indexed for your practice and performance convenience.