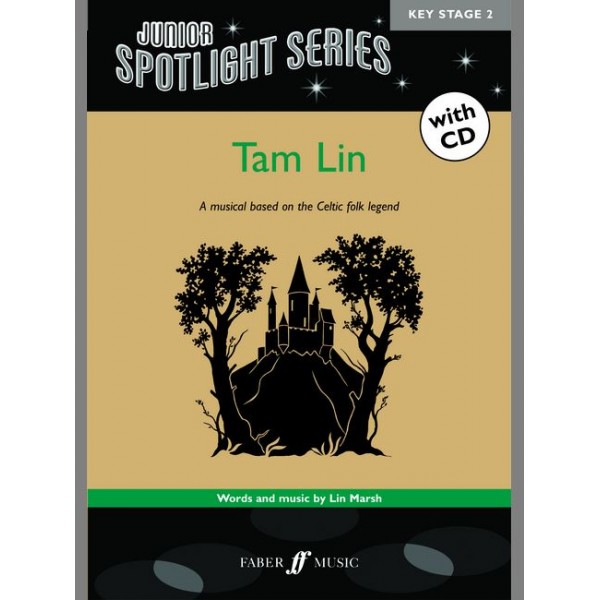 Tam Lin is a part of the junior spotlights series, designed for key stage 2 children. There are thirteen fun and imaginative songs, by Lin Marsh that have been written with the range and capabilities of this age group in mind.This musical, based on a celtic folk legend, lends itself to the addition of movement and some optional descant lines have been added. The Musical book comes with a CD, photocopiable lyrics and a free licence for the first performance.*(*Conditions apply)Tam Lin is a scottish folk tale telling the story of Janet, a young girl who lives in a castle with her father. One day she runs to Cartehaugh forest where the handsome and Enchanted Tam Lin lives. Back at the castle, Janet cannot stop dreaming about this young man. Life goes on around her but she is drawn to the forest again. Tam Lin tells Janet he is bewitched: when he was a child, the Queen of the fairies caught him and put him under a spell, which can only be broken by a young maiden on Halloween night. Janet must wait while the fairies approach, watch the black horse and brown horse go by, then pull Tam Lin from his milk-white steed. He will change into various creatures but she must hold him tight until at last he is a burning ember. When she throws this into the well, Tam Lin will emerge and the spell will be broken. Janet bravely succeds in her task: together they escape the Fairy Queen and return to the castle where they are happily wed.