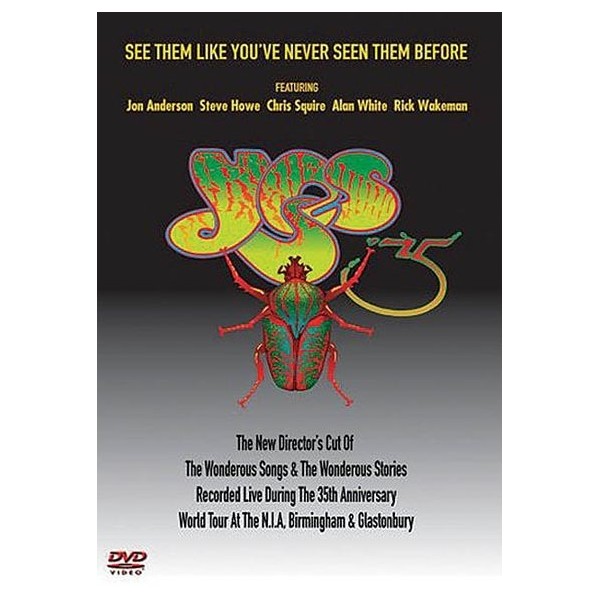 From the footage of the 2003 world tour that didnt make the original edit, we present Yes ÔÇô The Directors Cut. Recorded live during the 35th Anniversary World Tour, this is the ÔÇ?wondrousÔÇ? songs and stories of YES, the worlds finest progressive rock band. Featuring behind-the-scenes footage and previously unreleased live performances at the N.I.A, Birmingham and The Glastonbury Festival. This footage has only been seen before in edited clips and now due to the demand from fans, is presented in full in this new ÔÇ?Directors Cut.ÔÇ? Featuring the ÔÇ?classicÔÇ? lineup of YES: Jon Anderson, Steve Howe, Chris Squire, Alan White, Rick Wakeman. Songs include: Siberian Khatru •: Magnification •: Dont Kill the Whale •: In the Presence Of •: We Have Heaven •: South Side of the Sky •: And You and I •: To Be Over/Clap •: Show Me •: Rick Wakeman Solo •: Heart of the Sunrise •: Long Distance Runaround •: The Fish •: Awaken •: Ive Seen All Good People •: Roundabout. 3 hours, 20 minutes.