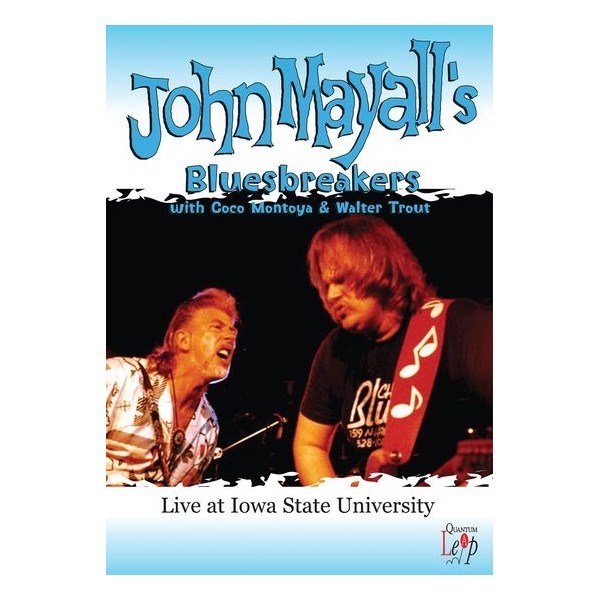 This DVD was filmed at Iowa State University circa 1987 and features John Mayalls Bluesbreakers including Walter Trout (guitar), Coco Montoya (guitar), Paul Hines (drums), and Bobby Haynes (bass). John Mayall is widely acknowledged as the father of British blues having baptized a whole generation of white, British musicians and an audience who might otherwise never have discovered the blues. Apart from having discovered ÔÇô in Eric Clapton, Peter Green, and Mick Taylor ÔÇô three of the most acclaimed guitarists of the rock era, his ÔÇ?blues schoolÔÇ? fostered the talents of a roster of artists who have since profoundly influenced the course of rock n roll. Mayalls new incarnation of the Bluesbreakers, officially launched in 1984, included future stars in their own right, guitarists Coco Montoya and Walter Trout and quickly proved to be as innovative and technically gifted as their peers. This DVD brilliantly documents their abundant ability.

Songs performed include: Birthday Blues •: Rolling with the Blues •: Parchman Farm •: Riding on the L&:N •: Little Girl •: Stepping Out •: It Aint Right •: One Life to Live •: Room to Move.