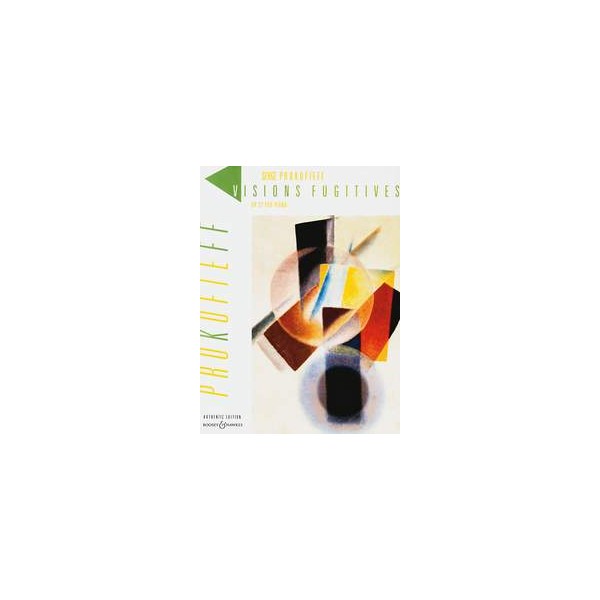 Between the composition of the second and third piano sonatas (1912-1917), Prokofieff wrote a variety of works for a great diversity of instruments. Besides Visions Fugitives these include the ballets Chout and The Gambler, the Classical Symphony, the first Violin Concerto, the second Piano Concerto and various songs. This was an immensely productive period during which his obsession with percussive sounds coloured by polytonality was at its height (although the Classical Symphony is an obvious exception). Visions Fugitives is generally less diatonically based than any of the piano sonatas although the style is perhaps closet to the harmonic quirkiness of the Fifth Sonata (1923).
Prokofieffs compositional process habitually involved the jotting down of musical ideas as they occured to him, to be combined later. The composers form of spontaneous inspiration seems to have enabled him to produce, in Visions Fugitives, a set of self-contained miniatures, perfectly shaped and coherent, yet comprising a logical sequence when played as a whole.
The simplicity and transparency of the writing gives us an insight into the interpretation of Prokofieffs music generally. The study of his shorter works enables us to understand the importance of clarity and rhythmic discipline in the performance of the later ones. The necessity for these qualities is immediately apparent in Visions Fugitives.

other products in the 'Grade 7' category: