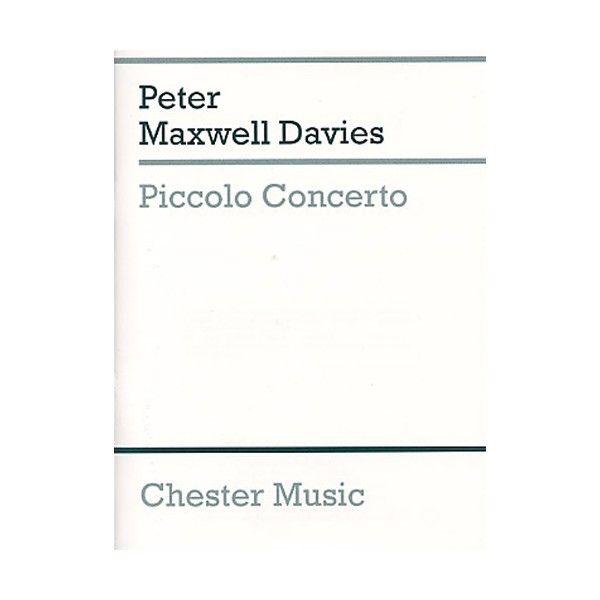 The piccolo may have obvious limitations as a solo instrument, but Davies is not one to shirk a challenge. What he does is to play with the stereotypical modes of the instrument, so that the military pipe and drum effect is hinted at near the beginning of the third movement, while the jaunty manner is recalled at the close of the first, but as through a veil. A potentially comic partnership with the bass clarinet is also dignified when the two instruments engage in meditative dialogue in the second movement.

Solo part and piano reduction on sale. Conductors score and orchestral parts are available on hire.