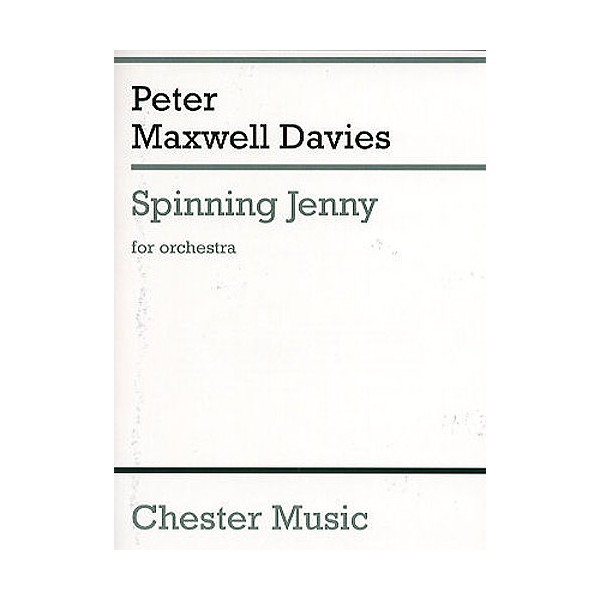 Spinning Jenny is a portrait of Leigh, Lancashire circa 1948 and one of a series of occasional pieces inspired by Davies' youth in Salford. Spinning Jenny Street was a noisy, hazardous street, clangerous with industry and activity when davies was at Grammar school in 1945. A modest work, but one which reflects many aspects of the place, period and people it was inspired by. Commissioned by the BBC, it was first performed on 21st July 199 as part of the BBC promenade concert at the Royal Albert Hall by the BBC Philharmonic conducted by Davies himself. This is the miniature format of the full orchestral score..