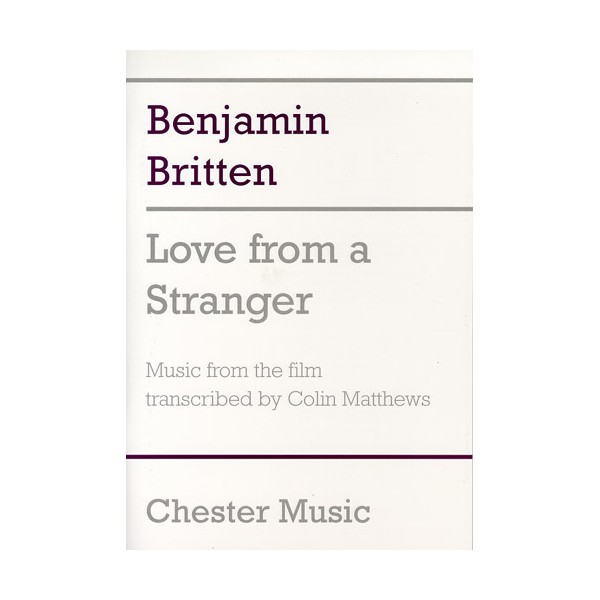 Love from a Stranger was a thriller starring Ann Harding and Basil Rathbone, based on an Agatha Christie short story, Philomel Cottage. As well as Brittens score, the film also included excerpts from Griegs Peer Gynt music, and a contemporary dance band. Not all of the present score was used - No. 3, Brighton, was omitted and cuts were made in nos. 5 and 6. In the latter, a savage cut deleted the references to the music of the other numbers in bars 13-20, including the trombones scale, which alludes to a scene in which a child practices the piano unseen. Britten was not happy with the way his music was used, and this was to remain his only work for the commercial cinema composed in 1936.