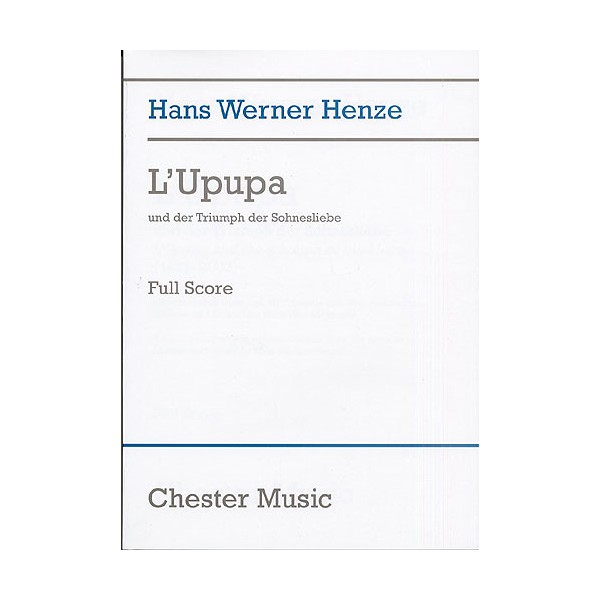 The fifteenth full Opera from the prolific Hans Werner Henze, and the first to feature a self-penned libretto. After the poems he wrote for his Songs from the Arabian, Henze has produced this unusal tale through adapting both Arab and Persian legends and invoking the same half-real, half-imaginary Arabia as the song cycle. The story itself is a fairy tale comedy with much in common with The Magic Flute. The orchestral arrangement is huge, featuring quadruple wind, five percussionists and a part for tape.