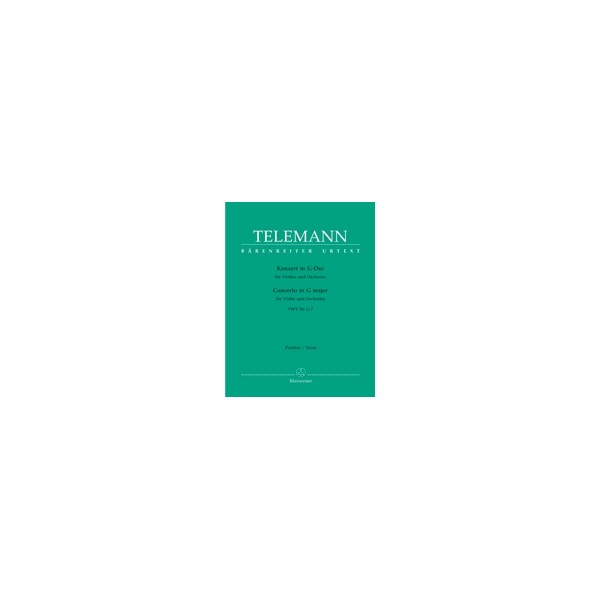 Georg Philipp Telemann left behind some 23 extant violin concertos
and presumably
a far greater number of lost ones. Most of them probably originated
during his tenure as
concertmaster and maestro di cappella at the court of the Duke of
Saxe-Eisenach (1708–12),
and thus at a time when German composers were directing their
attention to French and
increasingly to Italian music.

Although less demanding in their technique (they are well within the
reach of amateur
orchestras), Telemann’s violin concertos stand alongside Bach’s in
their musical content.
The separate sources are drawn from the Urtext of the Telemann
Edition and make these
four delightful works available to today’s performers.

- Based on the Urtext from the Telemann Edition

“The effect is a beautifully clean score, one in which Telemann’s
ideas can flow freely
and we, as educated musicians, are free to make our own
interpretative choices.“
(Strings April 2005)