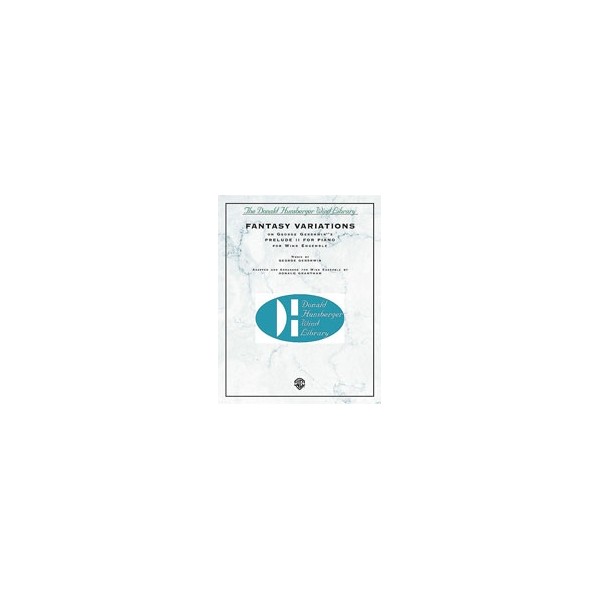 Gershwins Prelude II for piano is the second in a set of three preludes composed in 1936. In Donald Granthams uniquely original composition, Fantasy Variations, both of the \"big\" tunes in the piece are fully exploited, but they do not appear in recognizable form until near the end. The work begins with much more obscure fragments drawn from the introduction, accompanimental figures, transitions, cadences and so forth. These eventually give way to more familiar motives derived from the themes themselves. All of these elements are gradually assembled over the last half of the piece until the themes finally appear in more or less their original form.
Series: Donald Hunsberger Wind Library
Level of Difficulty: 5
Format: Part(s):Score
Number of Pages: 268
Language: Eng
Year of Publication: 1999
Product Type: Performance Music Ensemble:Series - Single Titles
Musical Form: Variations
Era: 20th Century
Ensemble: Concert Band