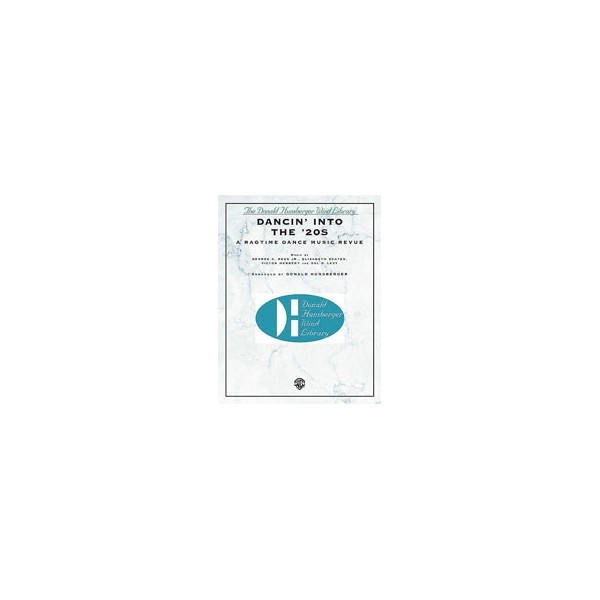 The music included in Dancin into the 20s has been chosen to reflect some of the styles of music and corresponding use for exhibition and social dancing during the years leading into the 1920s. Each of the works has been orchestrated for wind band from extant published orchestra music of the period. The outside one-two step movements are energetic and perhaps more brusque in nature than The Richards Tago and the Set of Waltzes from Victor Herberts operetta scores. Each work may be programmed individually, and hopefully, the compilation will serve as a special example of music from a by gone era in American musical and theatrical history.
Series: Donald Hunsberger Wind Library
Level of Difficulty: 4
Format: Part(s):Score
Number of Pages: 602
Language: Eng
Year of Publication: 2000
Product Type: Performance Music Ensemble:Series - Single Titles
Ensemble: Concert Band

Dancin into the 20s (concert band)