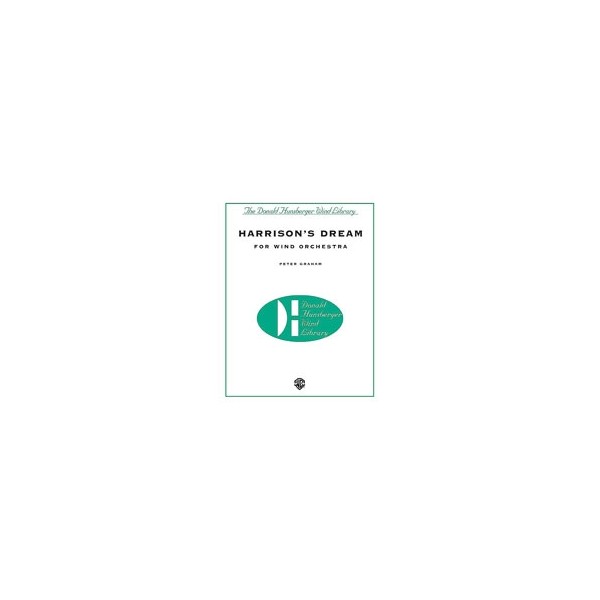 Harrisons Dream is a musical depiction of the forty-year effort by John Harrison during the first half of the 18th century to develop a chronometer capable of providing exact time on the high seas. His obsession was a result of the passing of the Longitude Act following the accidental destruction of the Association, flagship of the British Royal Navy, along with three sister ships, in 1707 on rocks off the Scilly Islands. This highly rhythmic and technical composition was commissioned by the United States Air Force Band, Col. Lowell Graham, Commander/Conductor, and has been awarded the 2002 ABA/Ostwald Award for Original Composition. Graham is Associate Conductor of Englands Black Dyke Brass Band. Recorded by the United States Air Force Band and the North Texas Wind Ensemble (Klavier).
Series: Donald Hunsberger Wind Library
Level of Difficulty: 6+
Format: Part(s):Score
Language: Eng
Year of Publication: 2003
Product Type: Performance Music Ensemble:Series - Single Titles
Ensemble: Concert Band