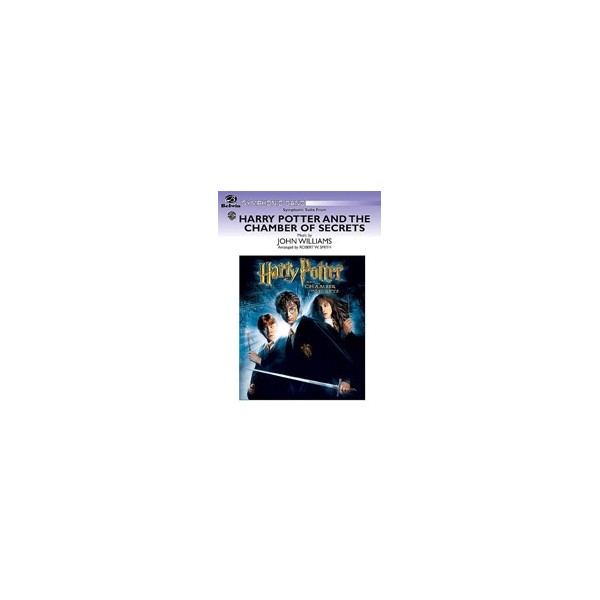 Harry Potter and the Chamber of Secrets, Symphonic Suite from - Pop Symphonic Band

TThe combination of award-winning composer John Williams and the talents of Robert W. Smith make for exquisite results. A stunning medley of the four most revered themes from the epic film score. The arrangement begins with the familiar \"Prologue: Book II.\" Next is the aggressive theme from \"The Chamber of Secrets,\" followed by \"Fawkes the Phoenix,\" and finally the theme used in both of the first two films, \"Harrys Wondrous World.\" A vivid and dynamic portrayal of the movie, this one will be a real crowd pleaser. (6:05)
Series: Pop Symphonic Band
Level of Difficulty: 4
Format: Part(s):Score
Number of Pages: 382
Language: Eng
Year of Publication: 2003
Product Type: Performance Music Ensemble:Series - Single Titles
Source: Movie
Era: Contemporary
Ensemble: Concert Band