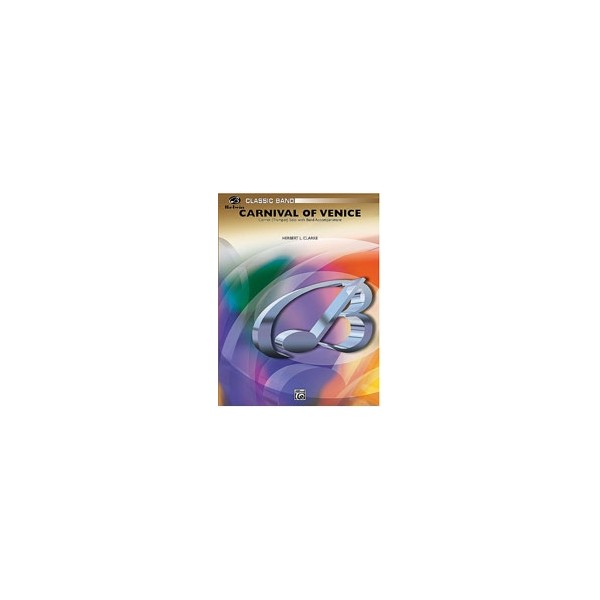 This dazzling cornet/trumpet virtuoso piece was based on an air by Niccolo Paganini, and was originally composed for violin. Herbert L. Clarke was called the greatest cornetist of all time, and at the urging of another famous cornet soloist, Walter Rogers, Clarke was encouraged to write his own solos. His composition legacy includes over fifty solos, duets, and trios, as well as marches and works for concert band. Carnival of Venice may well be his best-known piece, and generations of brass players have worked to conquer and perform this masterwork.
Series: Belwin Classic Band
Level of Difficulty: 3
Genre: Masterwork
Format: Part(s):Score
Number of Pages: 170
Language: Eng
Year of Publication: 1997
Product Type: Masterworks:Performance Music Ensemble:Series - Single Titles
Special Features: Solo w Ensemble
Era: 20th Century:Romantic
Ensemble: Concert Band