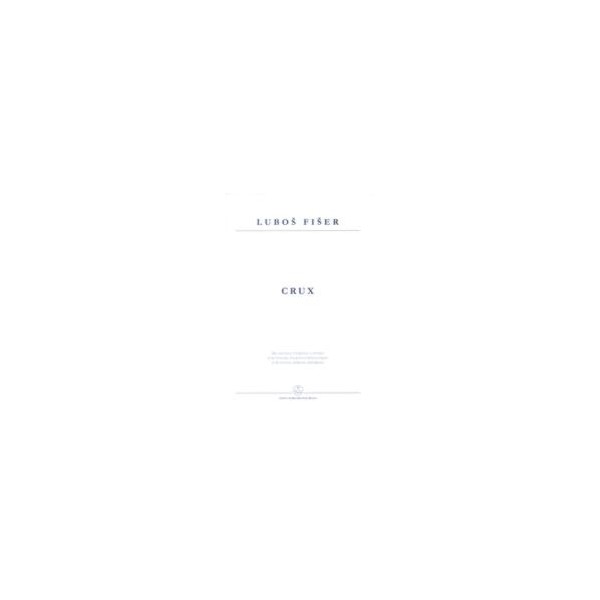 The work by Lubos Fiser Crux was written in 1970, the same year as Double for orchestra and Lament over the Destruction of the City of Ur. In all three works Fiser still remained loyal to the techniques of New Music. Ideologically, Crux was a kind of protest against the onset of Normalisation at the beginning of the Seventies. Formally, these are variations on a theme composed of eleven notes. The variations unfold above an ostinato of the same motif in the timpani, which regularly increases in sound from pianissimo to fortissimo throughout the piece. The variation technique using the seven-note mode b flat - b - c - c sharp - f - f sharp - g, as in his other works from the 1960s and 1970s, constitutes a literal repetition or literal transposition of the original motif, with emphasis on rich, stylised variants. Fisers inspiration for the stylisation of the violin part came from the Sonata-Ballade No. 3 by Eugene Ysaye. Like Ysaye, Fiser also uses trills, arpeggios, spread chords containing the theme, tremolos or notes lifted off at the nut of the bow. Fiser was always fascinated by numerical symbolism: thus, even here, prime numbers (7, 11) and multiples of three (9, 15) appear almost continually. And it is these multiples of three which link the number symbolism with the spiritual mysticism figuring in Fisers work practically throughout his career. The autograph of the work was published with the kind permission of Ivan Straus who also performed its premiere in 1971, together with Petr Sprunk on percussion.