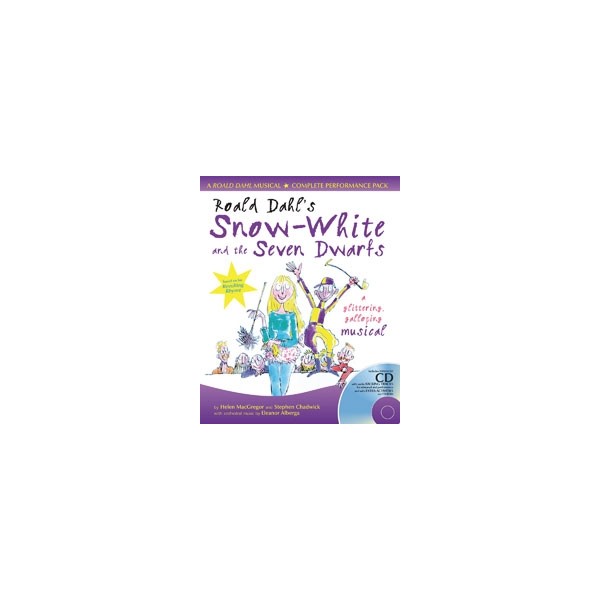 A&C Blacks hugely popular adaptation of Roald Dahls Revolting Rhyme, Snow-White and the Seven Dwarfs, gallops off again in the strong new design and new cover style of A&C Blacks Roald Dahl musicals series. Thousands of children have taken part in school performances of this riotously funny adaptation of Roald Dahls irreverent twist on the traditional tale. A recent review in Music Teacher said: It is very difficult to pinpoint an aspect of performance which these musical packages do not address...(These are) completely foolproof musicals, which could be used and adapted by the most inexperienced of directors...undoubtedly an inspired resource As with every one of these great Roald Dahl musicals, Snow White is based on an orchestral commission by the Roald Dahl Foundation. The concert work, from which the schools musical is derived is by Eleanor Alberga, and schools can use the extracts provided from the orchestral work to enhance their performances. Schools will be able to buy a performance licence online at the brand new A&C Black musicals website (live from March 05), which also has a forum, a Hall of Fame, regular news, updates and free extras to download.