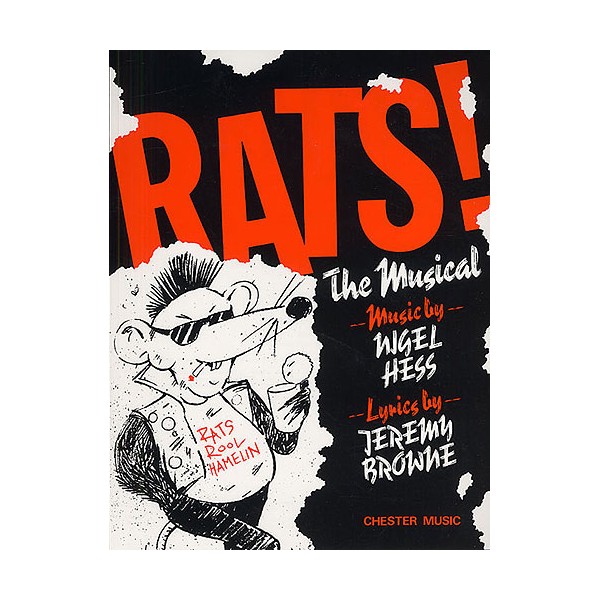 Nigel Hess. Based on The Pied Piper Of Hamelin by Robert Browning, Rats! is a new look at the story with memorable music and witty lyrics. The rats who plague Hamelin are punks and the Pied Piper has the charisma of a rock star! Ideal for both Middle and Secondary schools with a genuine showbiz feel which has guaranteed appeal for audiences of all ages. Eight parts plus chorus. The vocal score contains piano accompaniment with flute solo, drums ad lib and optional guitar. There are 15 modern songs including The Rat Race Rules, A Capital Fellow and Sing With the World.

other products in the 'Education & Music for Schools' category: