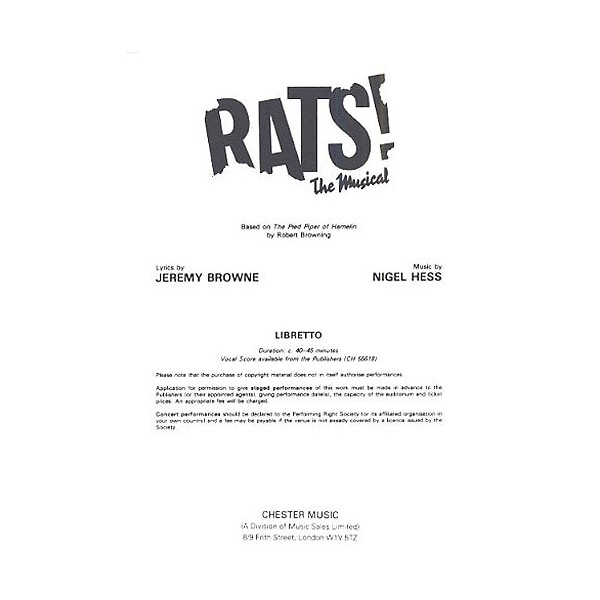 A fantastic Cantata by Nigel Hess, based on The Pied Piper Of Hamelin by Robert Browning, Rats! is a new take on the story with original, memorable music and witty lyrics. The rats who plague Hamelin are scurrilous punks but fortunatly the Pied Piper has the charisma of a rock star! Ideal for both Middle and Secondary schools with a genuine showbiz feel which has guaranteed appeal for audiences of all ages.

Including eight parts plus chorus, the vocal score contains a Piano accompaniment with Flute solo, drums ad lib and optional Guitar. There are 15 modern songs including The Rat Race Rules, A Capital Fellow and Sing With the World.

other products in the 'Education & Music for Schools' category: