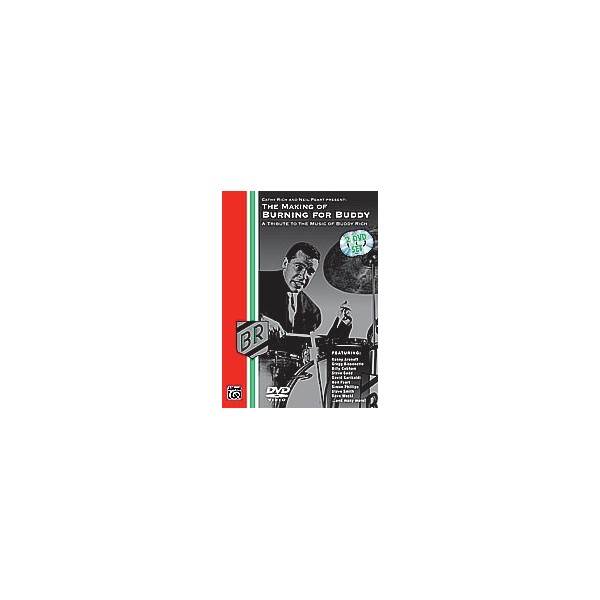 Rich, Buddy - The Making Of Burning For Buddy

The Making of Burning for Buddy

Neil Peart invited 18 of the worlds most respected drummers to record an album as the ultimate tribute to Bernard \"Buddy\" Rich. This DVD was shot during those Burning for Buddy sessions. It contains preparations for the recording, final takes, interviews with the drummers about Buddy, candid footage of the control room during playback, and more, all tied together by Neil Pearts beautiful commentary. The two DVD set features: Kenny Aronoff, Gregg Bissonette, Billy Cobham, Steve Gadd, David Garibaldi, Neil Peart, Simon Phillips, Steve Smith, Dave Weckl and many more. Nearly 30 minutes of additional bonus features include a film short from 1948 * Concert for the Americas 1982 * If I Were a Bell * Solo from 1984 * West Side Story 1985 * and a photo slide show. Running time is over 5 hours.
Instrument / Category: Drumset
Genre: Jazz
Format: DVD
Language: Eng
Year of Publication: 2006

Making Of Burning For Buddy, The DVD

other products in the 'Drum Kit' category: