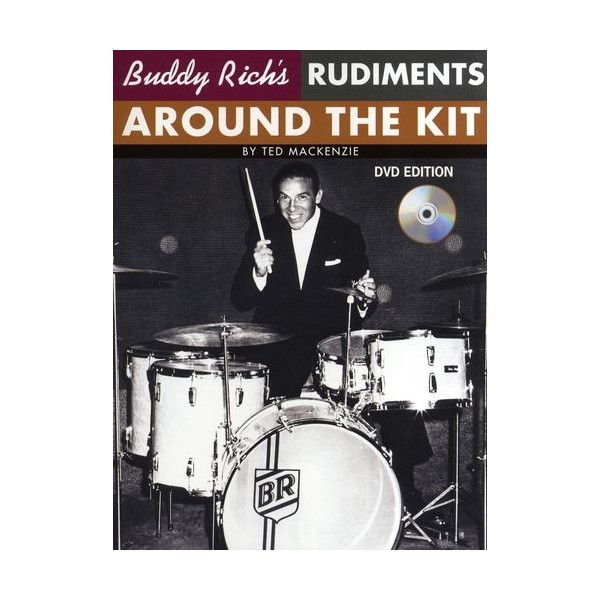 There are very few people in the world, past or present, who have ever been given the title The Worlds Greatest. In 1939, Buddy Rich was billed as such and for many accomplished drummers, Buddy Rich still holds that title today.

In 1942, Buddy Rich collaborated with Henry Adler, publishing Buddy Richs Modern Interpretation of Snare Drum Rudiments. It is known today as the drummers bible. In 2005, Ted Mackenzie revised the classic snare drum book and, with Henry Adlers blessing, revealed the method behind the book.

In this Book/DVD, Ted takes on Buddys rudiments from the original book and carefully applies them to the drum set. There is no favouring of the downbeat in any of the rudiments, allowing the student to gain controlled confidence while developing a natural vocabulary around the kit.

Combined with The Ultimate Drummers Workout DVD, this comprehensive programme is the fastest, most efficient study ever put together for gaining proficiency and fluidity around the kit.

A third generation drummer, Ted Mackenzie studied with Henry Adler in the late 1960s. Over the past 30 years he has taught the Rich-Adler method to hundreds of students. Ted is currently teaching and performing in the capital region of Albany New York.

other products in the 'Drum Kit' category: