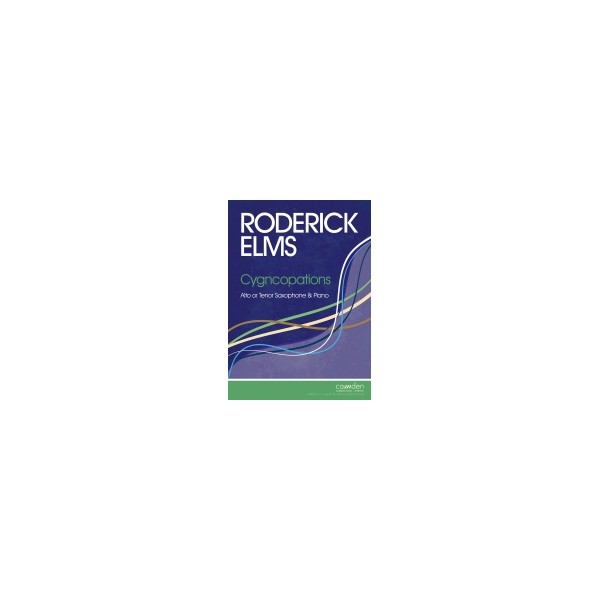 For Alto in E flat or Tenor Saxophone in B flat & Piano.

I wrote Cygncopations in 2003 for Victoria Walpole who gave its first performance with the BBC Concert Orchestra conducted by Robin Stapleton on 11th July of that year. The performance was broadcast live on BBC Radio 2 as part of a Friday Night is Music Night programme from London's Mermaid Theatre. The work was subsequently recorded by BBC Radio 3, conducted by Barry Wordsworth.

In 2005, Victoria Walpole recorded Cygncopations with the Royal Philharmonic Orchestra conducted by Stephen Bell. This was released on a CD of the composer's instrumental works by Dutton-Epoch under the title A Little Fall-ish! (CDLX7175).

The title, Cyncopations, indulges my pleasure in wordplay whereby the misspelling of cyncopations puts one in mind of the French 'le cygne' (the swan) which Sibelius famously represents with the cor anglais. The piece is scored for strings with two horns, harp and a very important part for the vibraphone. In the first of its two sections (Rêverie) I had a strong image of a calm lake with maybe a swan floating gently on the water with occasional, random movements from the currents below. In the second section (Danse), the bird heads for dry land and begins an eccentric waterside jig for its friends.The orchestration is for strings with two horns, harp and percussion.

The solo part may also be played by an alto or tenor saxophone. In this regard, I am indebted to my friend and colleague Kyle Horch for his invaluable advice in the preparation of the solo parts.

other products in the 'Single Composer, Solos and Studies for Eb Saxophone' category: