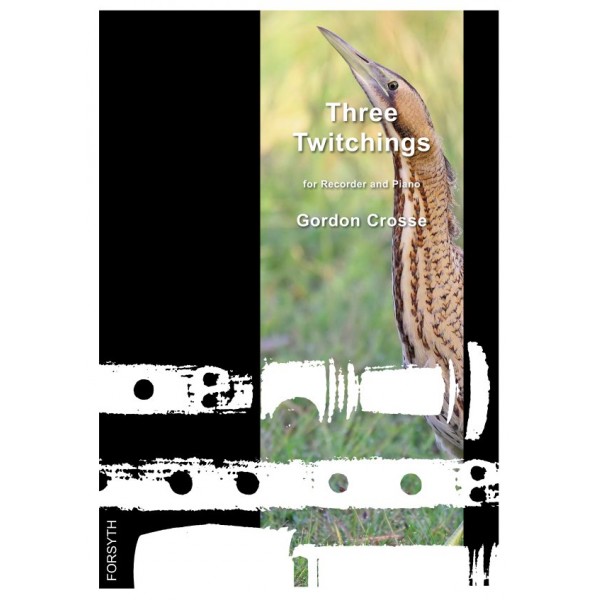 A loving tribute to birdlife by avid 'twitcher' and leading British composer Gordon Crosse, for the intermediate to advanced recorder player.

Born in Bury in 1937, Gordon Crosse is one of the most distinguished composers of his generation. He studied at Oxford University under Egon Wellesz and, during a long academic career, was Composer-in-Residence at King's College Cambridge from 1973-75. His best known works include the oboe concertante Ariadne, the Three Choirs Festival Oratorio Changes, the opera Purgatory, the children's entertainment Meet my Folks, to words by Ted Hughes, the orchestral Dreamsongs (a homage to the music of Benjamin Britten) and Memories of Morning: Night (a monodrama for mezzo-soprano and orchestra).

Three Twitchings was first performed by John Turner (recorder) and Nathan Williamson (piano) in the Library at The Red House, Aldeburgh, on October 4th 2018. Two scores are provided, rather than a separate recorder part, so that the recorder player can see and respond to the pianist's part as they play.

other products in the 'Single Composer Solos and Studies' category: