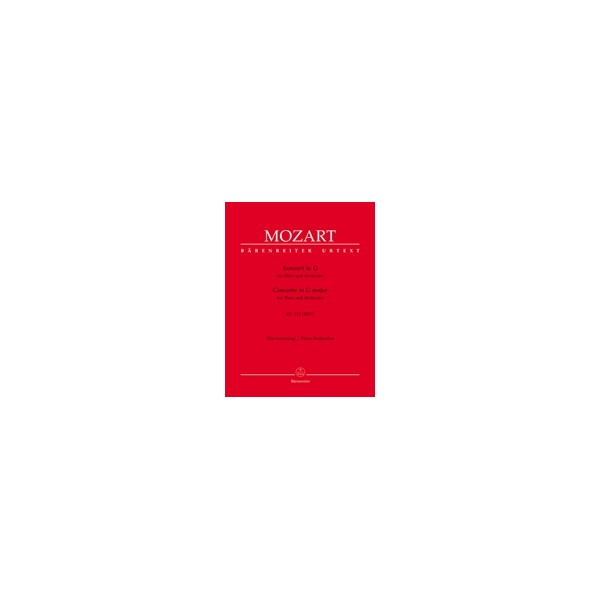 The new Bärenreiter piano reduction of Mozart’s G major flute
concerto offers not only a
clearly laid out reduction with page turns where players need them,
but the results of years
of scholarly research combined with the know-how of some of the most
important performers
and teachers today.

In the solo flute part all tutti passages are presented completely
in large print as found
in the sources. Emendations by Franz Giegling, editor of the New
Mozart Edition volume,
are indicated typographically so players can clearly see what has
been added.

This new reduction also provides a wealth of cadenza options: the
first two movements each
have FIVE new cadenzas to choose from. The renowned English flautist
and teacher
Rachel Brown has provided not only three cadenzas to each of the
first two movements,
but also TEN possibilities for the embellishment of the last
movement fermata and the “Eingang”
following it. Complementing Franz Giegling’s historical preface,
Rachel Brown has written a
lengthy text on performing cadenzas and specifically on how Mozart
structured his own
piano concerto cadenzas as a guide to structuring and improvising
Mozart flute cadenzas.
Additional cadenzas and “Eingänge” are provided by the German flute
player Konrad Hünteler
and performance practice specialist Karl Engel.

All in all, this new reduction is like nothing flute players have
seen before: quality, reliability,
comprehensiveness and good value!

“… this edition is one of the best I have come across …”