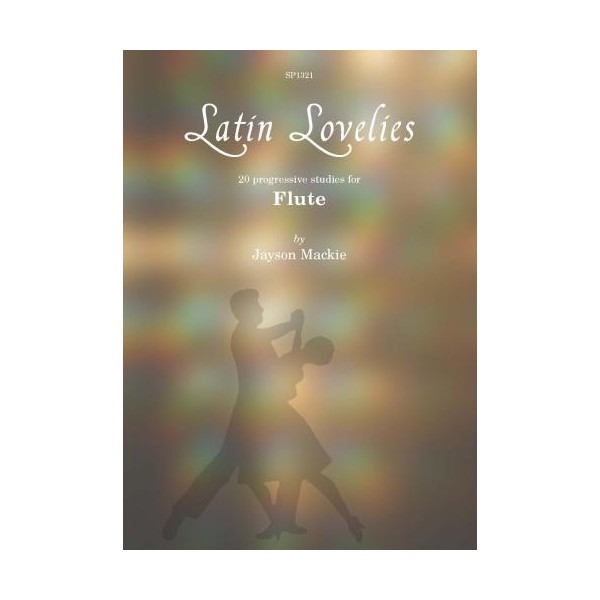 Everyone loves Latin music which has been a particular favourite genre of mine to write in, having grown up listening to jazz bands and playing in them as a teenager. Most people can name a handful of the more well-known dances (thanks to the popularity of Strictly Come Dancing!) but I knew there were many more lesser-known Latin styles out there. So in August 2015 I decided to research some of the many dance forms of the Caribbean and South America. After listening to these and discovering a little of their history and musical characteristics , I decided to write my own versions as a set of 20 pieces. Latin Lovelies is the result.

The obvious driving force of Latin styles are their infectious, and sometimes tricky rhythms. Some of these may appear difficult at first on the page, but once you carefully sub-divide the beats and tap or clap them through, they should be less daunting and even aurally familiar. Then you can speed up the tempo once it's rhythmically secure.

Really make the melodies of the more lyrical pieces sing out using your best cantabile tone.

Latin styles are often distinguished by their articulation so please follow these carefully, as strict adherence will add polish and authenticity to your performance. Plus your tongue gets a good workout!

Latin woodwind players are famed for their skill in the higher octave so I've included this feature in many pieces as often this area of your instrument's compass needs more focused work as you progress through the grades.

Lots of scale and arpeggio fragments have been cunningly incorporated into the melodies so that you get to practise these exam components without realising!

Even though the pieces are intended as unaccompanied concert pieces, or even studies, I have included optional chord symbols for two reasons. Firstly, it will give you an idea of the implied harmonic progressions of each piece. Secondly, the pieces could be further enhanced for performance by a competent accompanying pianist, or guitarist used to reading chord symbols.

Have lots of fun on your Latin journey and above all play as if people could dance along with your music!