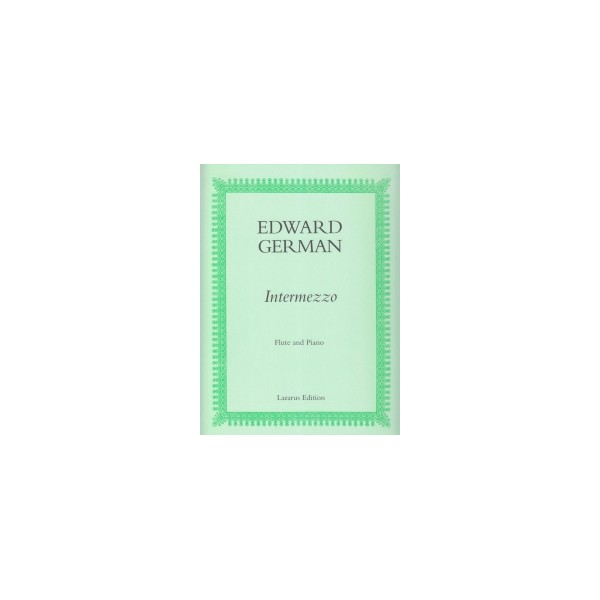 Contains Intermezzo, which features on the ABRSM Grade 7 2022 syllabus in List B

From the editor Colin Bradbury

By the middle of the 1890s Edward German's reputation as an orchestral composer was well established.  Not only had he achieved success with his incidental music to productions of Richard III and Henry VIII, but his second symphony had been performed in 1893 both at the Norwich Festival and the Crystal Palace.  Nevertheless he found time to write more intimate music for solo instruments and piano, and nearly all of his works for solo wind instruments date from this decade.

Intermezzo, published in 1894, was the third piece German wrote for the eminent flautist Frederick Griffith, a friend from his student days at the Royal Academy of Music. The pair often worked together following their appearance at the Steinway Hall in May, 1892, where the first performance of German's Suite for Flute and Piano received an outstanding reception from the critics, and where they also played Saltarello (1889).

Following his appointment to the Royal Italian Opera Orchestra in 1895 we hear little of Griffith as a soloist save for his successful tours with Dame Nellie Melba, notably that of Australia in 1902. Nevertheless, German dedicated Old English Melody (Early One Morning) to him in 1900, and, in the same year, Griffith wrote to his old teacher in Paris, Paul Taffanel, describing German as "the most gifted composer and beautiful orchestrator that we have over here.  In fact he is quite different to any other English composer, whose works generally I confess I do not care for."