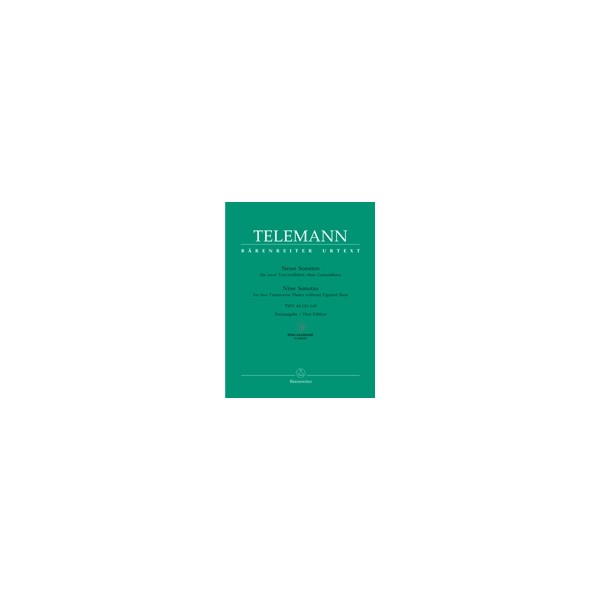 Though recovered as part of the long lost Sing-Akademie Berlin
archives in 1999, these sonatas
were first examined in 2002. Knowledge of their existence, or at
least their presumed existence,
is due to their partial use by Johann Joachim Quantz in his solfeggi
for the flute.

The sonatas, possibly composed sometime after 1730, are presented in
a performing score format.
As with Telemann’s other flute music, the Nine Sonatas are equally
suited for performance and
instruction. The expressive melodic qualities of these sonatas
combined with their modest technical
requirements will make these sonatas classics in both lessons and
the concert hall.

- A must edition from a master composer of flute music

“…this volume should be on the shelves of all Telemann devotees,
quickly.”
(The Consort vol. 64 Summer 2008)

„Let’s hope more such flute music will come to light.“

other products in the 'Flute Duets, Trios etc' category: