> Music>Brass & Woodwind>Flute>Bravo! Flute - More than 25 pieces for flute and piano 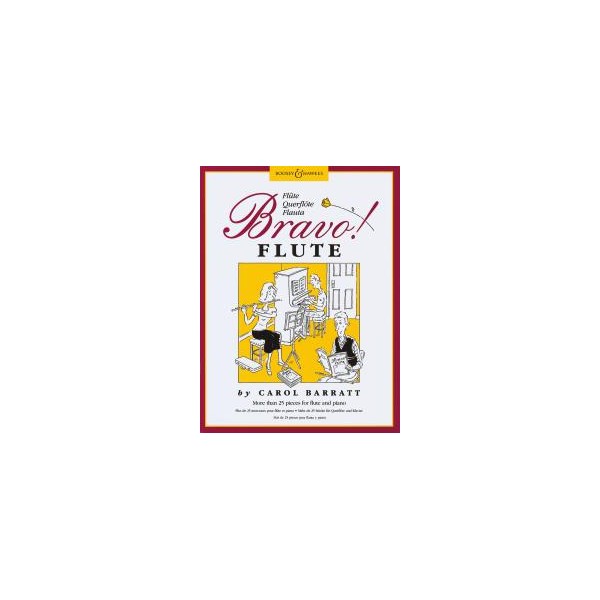 Bravo! Flute - More than 25 pieces for flute and piano

Contains Maggie's Musette, which features on the ABRSM Grade 1 2022 syllabus in List A

Bravo! Flute - More than 25 pieces for flute and piano

Tired of the same old arrangements? Want to give your pupils something simple yet rewarding to play? Carol Barratt creates easy pieces that are creative, idiomatic, simple yet rewarding to play and that will really get pupils listening and performing musically, right from the beginning. The pieces in \"Bravo! Flute\" take the student progressively through the early grades. They consist mainly of original material, with a few arrangements too - some well-known, some more unusual. These pieces are intended to encourage the student to perform - rather than merely play - whenever the opportunity arises. All too often, the early stages of learning instrument can be a solitary process. Wherever possible, these pieces should be played with their keyboard accompaniments. Hearing the keyboard parts will lead to an awareness and appreciation of different musical styles and a sense of harmony, not just melody. In addition, playing with an accompaniment develops the pupils ability to maintain his or her own part while listening to another. And of course, its fun! Each collection is scrupulously edited for the instrument by a leading performer.