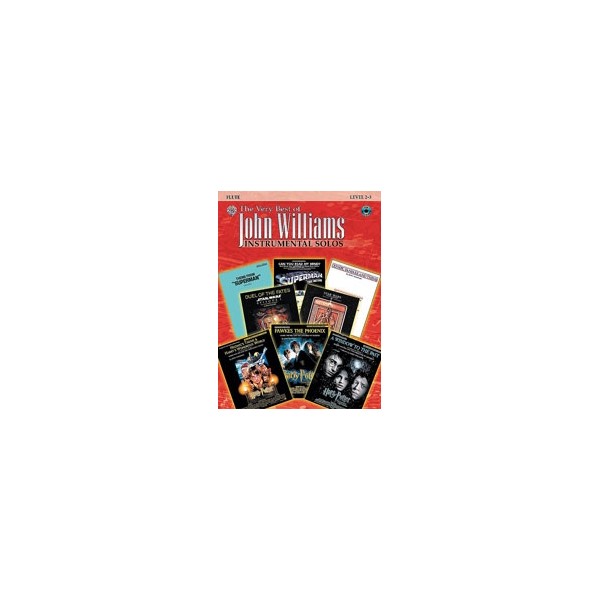 This incredibly versatile new collection includes some of John Williams most-loved titles arranged for Level 2-3 instrumentalists. All arrangements are completely compatible with each other and can be played together or as solos. Each book contains a carefully edited part and a fully orchestrated accompaniment CD. Each song on the CD includes a demonstration track, which features a live instrumental performance, followed by a play-along track. The piano accompaniment book includes a CD that features various instrument demonstration tracks from the series. Titles are: Can You Read My Mind? (Love Theme from Superman) * Cantina Band (Star Wars®) * Double Trouble (Harry Potter and the Prisoner of Azkaban) * Duel of the Fates (Star Wars®: Episode I The Phantom Menace) * Fawkes the Phoenix (Harry Potter and the Chamber of Secrets) * Harrys Wondrous World (Harry Potter and the Sorcerers Stone) * Hedwigs Theme (Harry Potter and the Sorcerers Stone) * The Imperial March (Star Wars®: The Empire Strikes Back) * May the Force Be with You (Star Wars®: The Empire Strikes Back) * Olympic Fanfare and Theme (1984 Olympic Games, Los Angeles) * Star Wars (Main Title) (Star Wars®) * Theme from Superman (Superman) * A Window to the Past (Harry Potter and the Prisoner of Azkaban).
Instrument / Category: Flute
Format: Book:CD
Number of Pages: 24
Language: Eng
Year of Publication: 2004
Special Features: Recorded Acc Available
Source: Movie