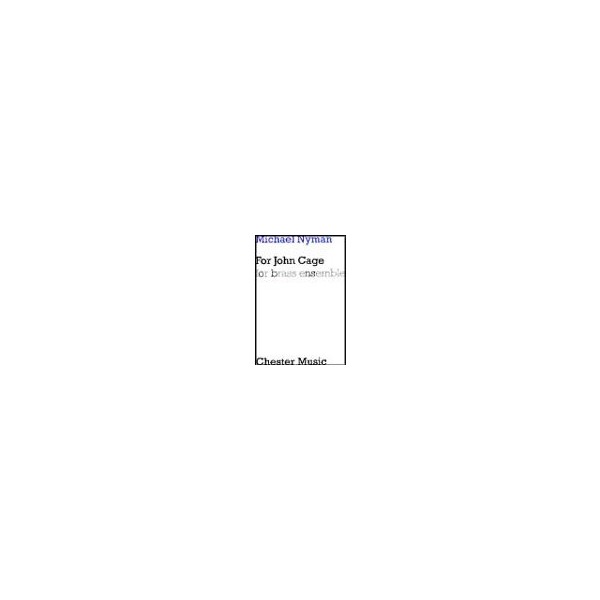 Score for this piece, which was comissioned by London Brass and first performed in 1992.

Quoting composer: The piece was completed without title on 12th August 1992. A title once considered was Canons, Chorales and Waltzes, but this was dropped since there was only one canon (the opening) and only genuine waltz (apart from a passage towards the end which superimposes the canon over a waltz rhythm). The following day I read the paper that John Cage had died - the day I finished writing. For this reason, but mainly because Cage was the most revolutionary practical music thinker of the 20th century, this piece is dedicated to him. His influence on my music may be perceived under the very un-Cagein surface: though stylistically there may be little in For John Cage that may have been to his taste, I hope he would at least have appreciated its diversity, its non-simultaneous multiplicity.

Parts are available on hire or special order. Duration 15 minutes.