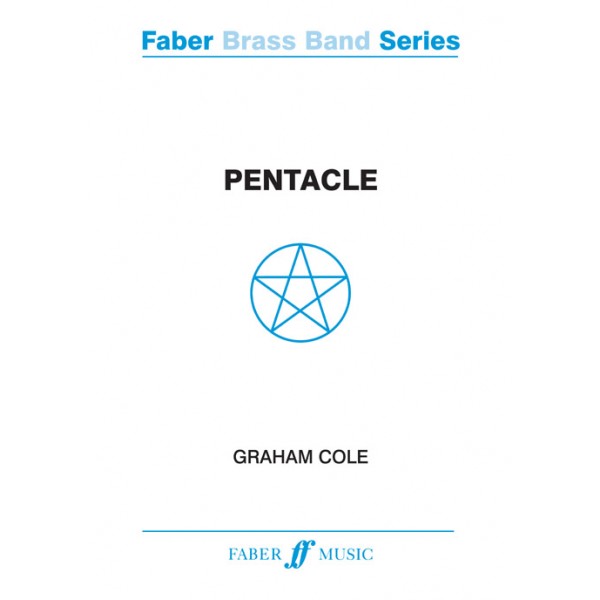 Pentacle has been selected as the test piece for the 2009 National Brass Band Championships, First Section. It is a five-movement work, played without a break. The Pentacle is an image of an up-right five-pointed star drawn inside a circle with a single continuous line making the five points equally spaced. Traditionally, each of the five angles has been attributed to the five metaphysical elements of the ancients. These provide the titles for the five sections of he piece: Earth (representing stability and physical endurance), Wind (representing intelligence and the arts), Fire (representing courage and daring), Water (representing emotions and intution) and Quintessence (which represents the All and the Divine spirit).Composer Graham Cole started his brass band career with the Drighlington Band, playing principal horn until 2001, since when he has devoted more time to composing and teaching. A number of his original compositions and arrangements have been performed by leading bands in his native West Yorkshire including the Hepworth Lanson Homes Brass Band and Drighlington Brass Band. His Brass Quintet No.2 was performed by Fine Arts Brass in 2004. Graham was the winner of the Clocktower Composition Competition in 2005 with his work The Seven Wonders of the World. The winning performance was given by the Lindley Brass Band.