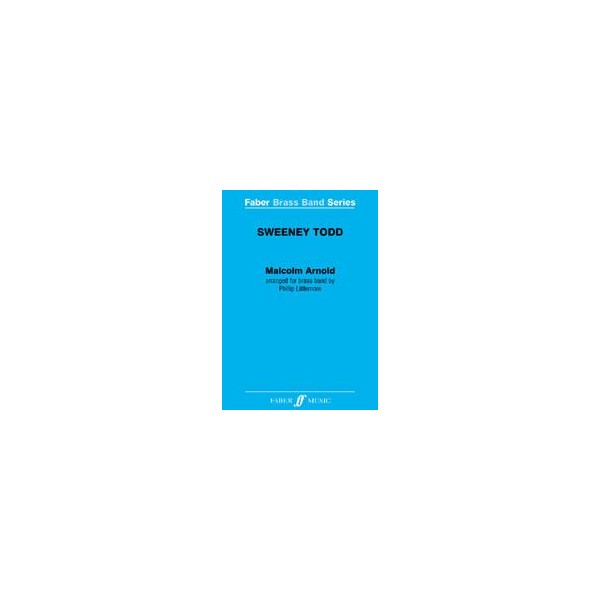 For almost two centuries, the enduring legend of the maniacal barber of Fleet Street, Sweeney Todd, and his savoury human pies has inspired terror in the hearts and minds of the public, whether through the printed page or the theatrical stage.Malcolm Arnolds ballet, Sweeney Todd, was first staged in 1959 by the The Royal Ballet Company and choreography by John Cranko. The music was later adapted as a concert work and it is from this version that this brass band arrangement, by Phillip Littlemore, is made. The original concert suite lasts some 20 minutes, but this version has been shortened to a more manageable eight minutes. An optional cut is also marked reducing the piece to six minutes, making it ideal for brass band concerts. The first performance of this arrangement was given on the 22nd October 2006 at the Malcolm Arnold Festival, Derngate, Northampton by the Rushden Windmill Band conducted by Richard Graves.