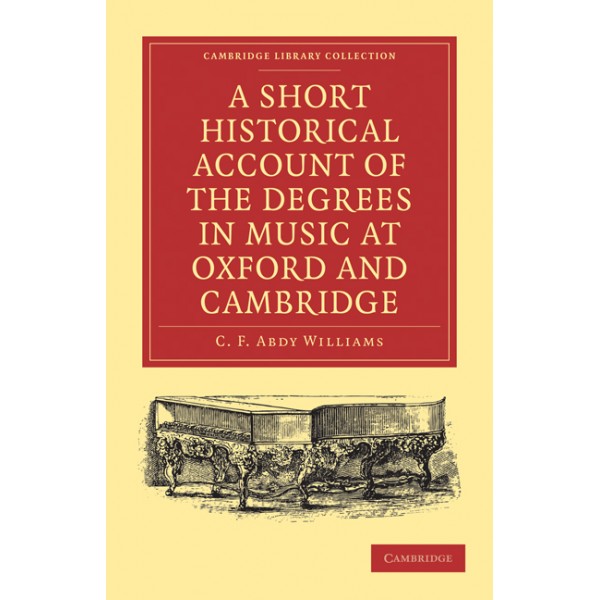 C. F. Abdy Williams’ history of musical studies at Cambridge and Oxford universities stretching back to 1463.

C. F. Abdy Williams (1855–1923), a noted music scholar, traced the history of the discipline at Oxford and Cambridge from the fifteenth century to the late Victorian period in this 1894 book. He discusses the earliest records of degrees in the subject, the establishment of professorships, the requirements for degrees and the ceremonies associated with their conferral. He provides biographical information for graduates from as early as 1463, noting that English music of this early period was in a very advanced stage compared to that of the rest of Europe. He also includes, in an appendix, the names of those persons who are mentioned as graduates but whose names do not appear in the university records. His book reveals the importance attached to the cultivation of music at the ancient British universities and the prestige attached to their scholars over several centuries.