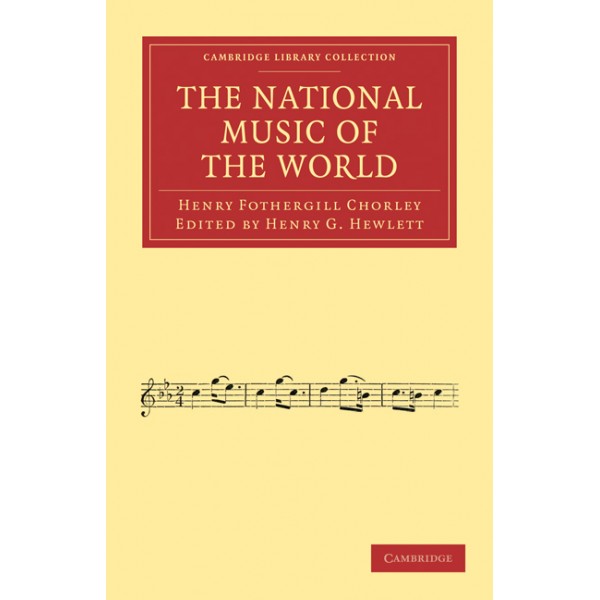 The National Music of the World

An idiosyncratic Victorian account of the musical traditions of the world and their influence on western classical composers.

Henry Fothergill Chorley made his name as music journalist for The Athanaeum from 1830 until his retirement in 1868. He published weekly reviews of concerts as well as gossip on musicians and composers of the day. This book is based on four lectures presented by the author at the Royal Institution in 1862, and edited after his death by Henry Hewlett. It outlines the development of the different traditions and cultures of music across the world and how western classical composers were inspired and influenced by them. It contains many musical illustrations, drawn particularly from the eighteenth and nineteenth centuries (for example, the fashionable so-called ‘Turkish’ music by composers including Mozart and Rossini). The book, though idiosyncratic and full of sweeping generalisations, conveys the spirit of its time and the lively character of its author. It will appeal to all those interested in the Victorian reception of world music.