> Music>Books on Music/Music Theory>The Philharmonic Society of London - From its Foundation, 1813, to its Fiftieth Year, 1862 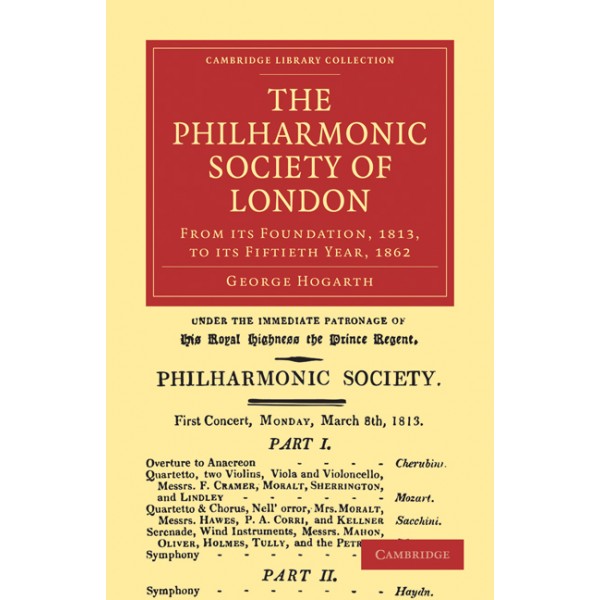 The Philharmonic Society of London - From its Foundation, 1813, to its Fiftieth Year, 1862

Published in 1862 to celebrate the golden jubilee of the Philharmonic Society, which championed ‘modern’ composers including Beethoven and Mendelssohn.

The Philharmonic Society (’Royal’ from 1912) is one of the oldest music societies in the world. Founded in 1813 to provide regular concerts of new music in London, it is famous for its commission of Beethoven’s Ninth Symphony. This detailed account by George Hogarth, music journalist and Secretary to the Society between 1850 and 1864, takes us from the inaugural concert in March 1813 including works by Haydn, Mozart and Beethoven to plans for the golden jubilee concert. Noteworthy performances in these first fifty years included the UK premiere of Beethoven’s Ninth in 1825, Mendelssohn’s Italian Symphony in 1833 and a cornucopia of works by composers such as Wagner, Berlioz and Weber whose music now forms the core repertoire of the nineteenth century. Appendices provide extracts of letters from Mendelssohn, details of works by English composers performed at Society concerts, and lists of performers, Society members, Honorary Members and Patrons.