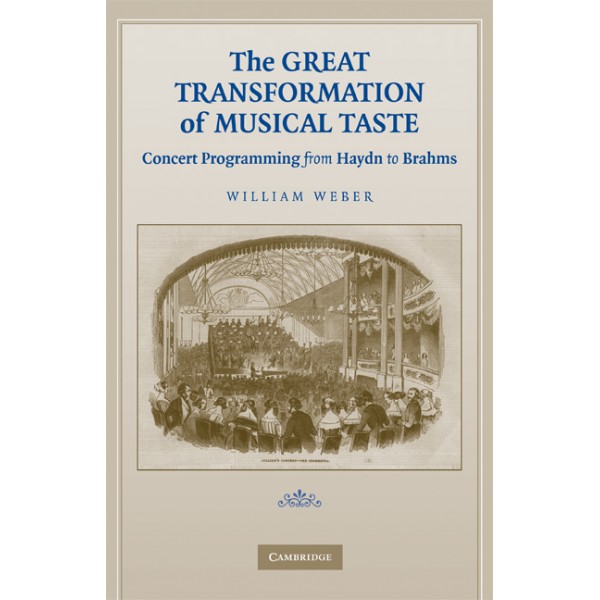 A study of how musical taste evolved in European concert programs from 1750 to 1870.

Grounded in knowledge of thousands of programs, this book examines how musical life in London, Leipzig, Vienna, Boston, and other cities underwent a fundamental transformation in relationship with movements in European politics. William Weber traces how musical taste evolved in European concert programs from 1750 to 1870, as separate worlds arose around classical music and popular songs. In 1780 a typical program accommodated a variety of tastes through a patterned ‘miscellany’ of genres, held together by diplomatic musicians. This framework began weakening around 1800 as new kinds of music appeared, from string quartets to quadrilles to ballads, which could not easily coexist on the same programs. Utopian ideas and extravagant experiments influenced programming as ideological battles were fought over who should govern musical taste. More than a hundred illustrations or transcriptions of programs enable readers to follow Weber’s analysis in detail.