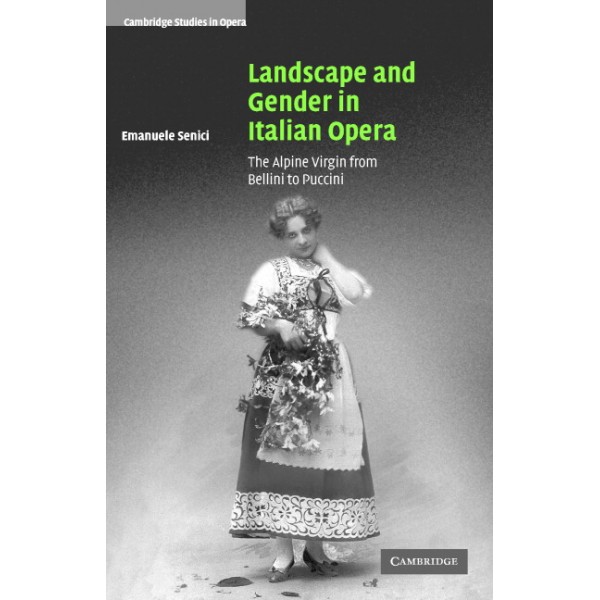 An unusual look at Italian opera in the nineteenth century.

In this unusual study, Emanuele Senici explores the connection between landscape and gender in Italian opera through the emblematic figure of the Alpine virgin. In the nineteenth century, operas portraying an emphatically virginal heroine, a woman defined by her virginity, were often set in the mountains, most frequently the Alps. The clarity of the sky, the whiteness of the snow and the purity of the air were associated with the ‘innocence’ of the female protagonist. Senici discusses a number of works particularly relevant to the origins, transformations and meanings of this conventional association including Bellini’s La sonnambula (1831), Donizetti’s Linda di Chamounix (1842), Verdi’s Luisa Miller (1849), and Puccini’s La fanciulla del West (1910). This convention presents an unusual point of view - a theme rather than a composer, a librettist, a singer or a genre - from which to observe Italian opera ‘at work’ over a century.